Kent City used a dominant performance from both the offensive and defensive lines to crush Hopkins on Monday night 52-0.  The Eagles running attack was spear-headed by the physical play of the offensive line opening enormous holes for our backs to run through.  Defensively it was the stand out play of the defensive line that shut down the Vikings allowing the linebackers to roam free and make tackles against Hopkin's Wing-T offense.

The 78ers football team traveled to Hudsonville to take on the Unity Christian Crusaders last night.  Kent City got off to a great start scoring 21 points in the 1st half of play.  Due to storms in the area, play was suspended at halftime giving the Eagles their first win of the season.  The Eagles improve to 1-0-1.  Great job 78ers!

In a hard-fought contest by both teams, the Kent City Eagle 78ers football team tied Kellogsville 13-13 on Monday night.  The Eagles led the game until late in the 4th quarter when Kellogsville connected on a long pass play to tie the game.  In need of a stop to keep Kellogsville from going ahead, the Eagles stood strong and kept the Rocket running back out of the end zone.  On the ensuing drive, the Eagles fell short after moving the ball quickly down the field.  Next week the Kent City 78ers football team travels to Unity Christian. 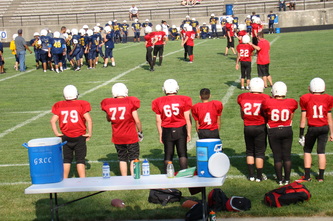 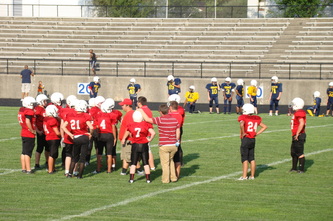 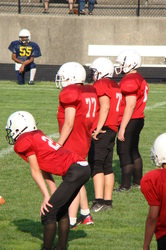 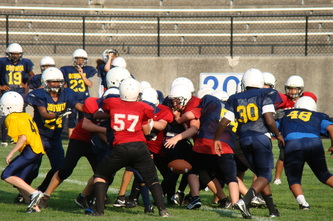 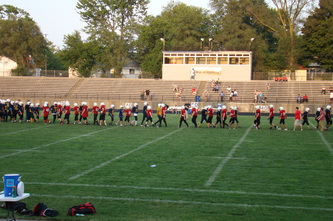